Nearly all of my Great Blue Heron Blog Posts document with photos and reflections some recent venture I have made into a natural area. This Post encapsulates a general observation I draw from many of my Nature-wanderings, and that I corroborate with a 500-year-old truth revealed by Leonardo da Vinci and known now simply as the da Vinci rule.

Leonardo da Vinci, I am convinced, saw the invisible. Or more accurately, he saw clearly what was hidden in plain sight. I’ve been reading Walter Isaacson’s Leonardo da Vinci, a fine-print 600-page tome on this amazing man who lived five centuries ago. da Vinci expressed what I view as infinite wisdom in the simplest of terms:

Human subtlety…will never devise an invention more beautiful, more simple or more direct than does nature, because in her inventions nothing is lacking, and nothing is superfluous.

Leonardo’s devotion to firsthand experience went deeper than just being prickly about his lack of received wisdom. It also caused him, at least early on, to minimize the role of theory. A natural observer and experimenter, he was neither wired nor trained to wrestle with abstract concepts. He preferred to induce from experiments rather than deduce from theoretical principles. “My intention is to consult  experience first, and then with reasoning show why such experience is bound to operate in such a way,” he wrote. In other words, he would try to look at facts and from them figure out the patterns and natural forces that caused those things to happen. “Although nature begins with the cause and ends with the experience, we must follow the opposite course, namely begin with the experience, and by means of it investigate the cause.”

Such was the approach he employed in many of his scientific and artistic pursuits:

We saw an example of this pattern-based analysis on the theme sheet, where he made the analogy between a branching tree and the arteries in a human, one that he applied also to rivers and their tributaries. “All the branches of a tree at every stage of its height when put together are equal in thickness to the trunk below them,” he wrote. “All the branches of a river at every stage of its course, if they are of equal rapidity, are equal to the body of the main stream.” This conclusion is still known as “da Vinci’s rule,” and it has proven true in situations where the branches are not very large: the sum of the cross-sectional area of all branches above a branching point is equal to the cross-sectional area of the trunk or the branch immediately below the branching point.

This stock image from the internet displays the da Vinci rule on an unidentified river delta: 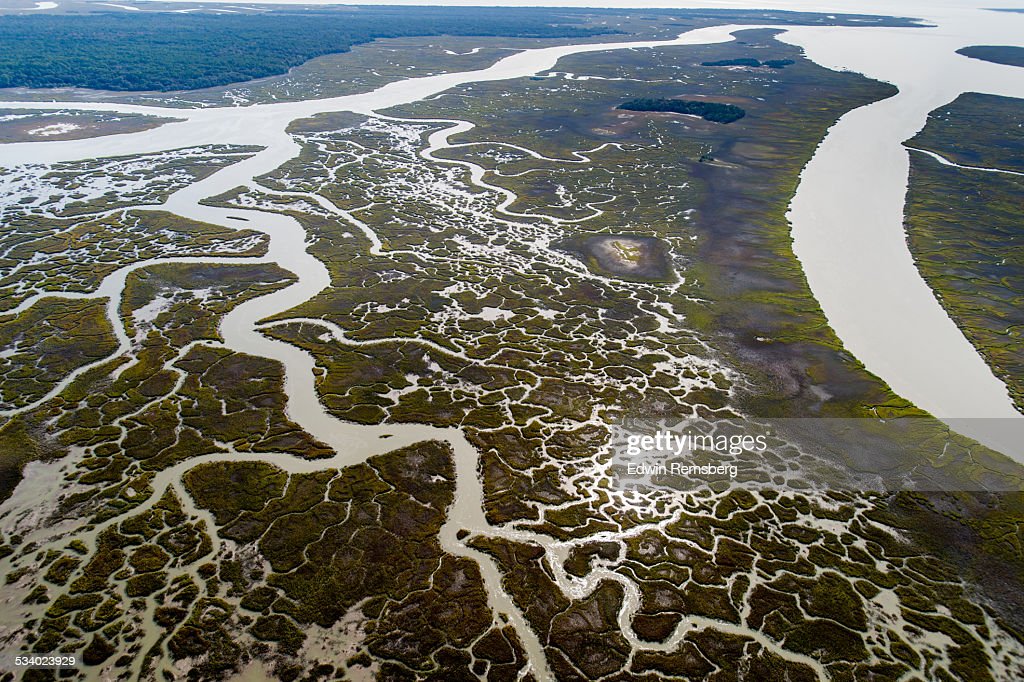 Like waterways themselves, erosion of exposed agricultural land follows the same dendritic pattern. This early 1900s stock image of rill erosion depicts a scene far too common across the eastern US from 1850 through the first quarter of the 20th century. The da Vinci Rule provided the pattern by which abused cropland sent feet of topsoil across tens of millions of acres downriver, bringing foreclosure and abandonment to family farms, and helping to ensure the misery of the Great Depression.

Yet another internet stock image confirms the dendritic pattern of the human nervous system. The Britannic website offers this information on dendrites, an element of the nervous system that actually bears the root form of the term dendritic: Besides the axon, neurons have other branches called dendrites that are usually shorter than axons and are unmyelinated. Dendrites are thought to form receiving surfaces for synaptic input from other neurons. My intent with including the technical language is to suggest that the science is exact and that among the scientists concerned with such things the da Vinci Rule is fully incorporated, even if not referenced by name. 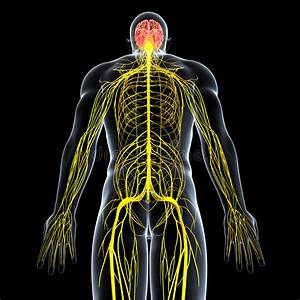 The same pattern holds true of our circulatory networks, depicted stylistically in this stock image. 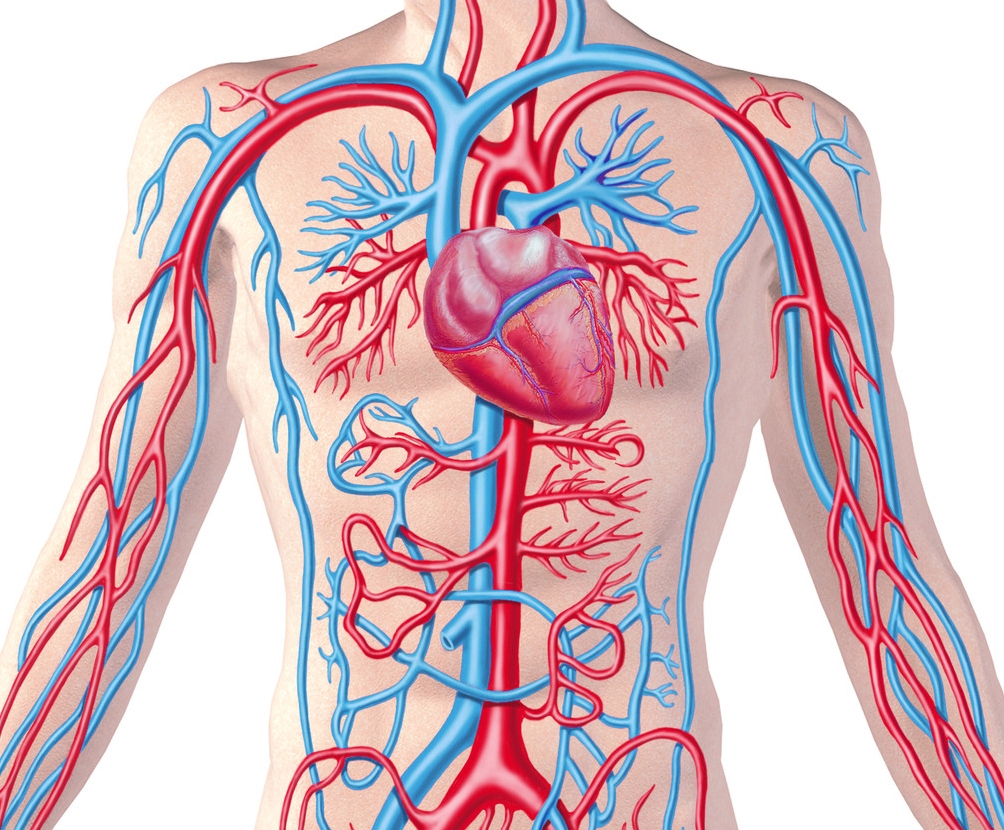 We cannot dispute the wisdom of observation in this canopy view from the bottomland hardwood forests of nearby Wheeler National Wildlife Refuge. The da Vinci Rule in action in broad daylight. 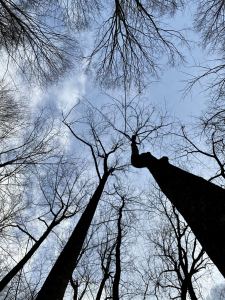 And the same for trees at the nearby Chapman Mountain Nature Preserve, and for trees I have seen in every domestic and overseas forest I have visited across my 50-years-practice of forestry. 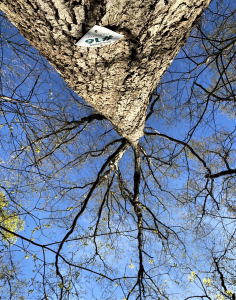 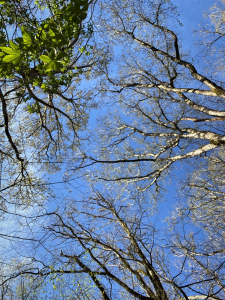 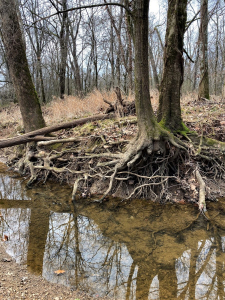 The online Etymology Dictionary addresses the prefix “dendro”: word-forming element meaning “tree,” from Greek dendron “tree.” Trees, then, serve as the root (pardon the pun) for the dendritic pattern we are addressing.

The da Vinci Rule applies broadly to leaf venation across the plant kingdom. Here is evidence on the leaves of rattlesnake weed and alumroot 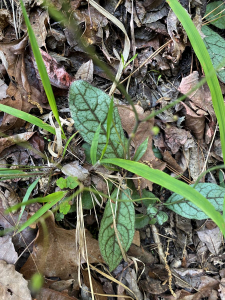 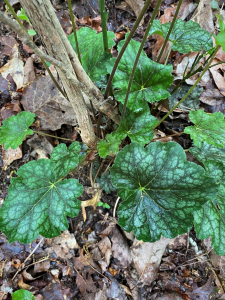 And for the pinnate venation on these autumn pawpaw leaves. 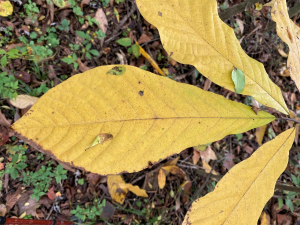 These Ohio buckeye leaves comply with a da Vinci quote, “Nature never breaks her own laws.” 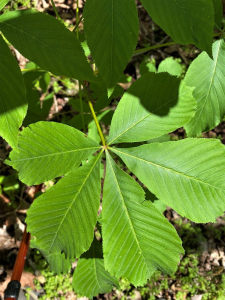 The dendritic venation on the ornamental elephant ears in our landscape beds illustrates the da Vinci Rule, its exquisite design adds an artistic dimension that I am sure would have inspired and intrigued the creator of the Mona Lisa and The Last Supper. 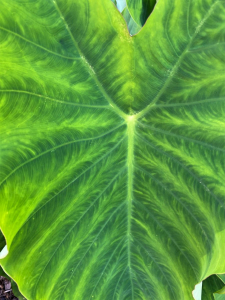 I’ve long been a da Vinci fan, finding timeless wisdom in his immutable observations from more than 500 years ago. Time and again, when I think I have made some groundbreaking discovery or revelation, I find that da Vinci, Humboldt, Leopold, Muir, Thoreau, Bartram, Marsh, or some other of the historic Nature-interpretation masters masterfully captured same in language more eloquent than my own.

da Vinci: Nature is the source of all true knowledge. She has her own logic, her own laws, she has no effect without cause nor invention without necessity.

Apparently the da Vince dendritic rule is time-tested by necessity over the eons. There is no better design for carrying out the work of Nature. Too bad that we humans often ignore the simple rules of Nature. Will we awaken before it is too late? Can we as an intelligent species apply Aldo Leopold’s wisdom:

Ethical behavior is doing the right thing when no one else is watching — even when doing the wrong thing is legal.

The land ethic simply enlarges the boundaries of the community to include soils, waters, plants, and animals, or collectively: the land… In short, a land ethic changes the role of Homo sapiens from conqueror of the land-community to plain member and citizen of it. It implies respect for his fellow-members, and also respect for the community as such.

I worry that Homo sapiens may over the long sweep of time amount to little more than a footnote in Earth’s future fossil record. I accept the da Vinci Rule. Perhaps we can also embrace Leopold’s Rule of Earth-Ethical-Behavior.

I developed my Retirement Mission Statement within the spirit of that same Leopold admonition: Employ writing and speaking to educate, inspire, and enable readers and listeners to understand, appreciate, and enjoy Nature… and accept and practice Earth Stewardship.

I offer three observations from reflecting on the da Vinci Rule: 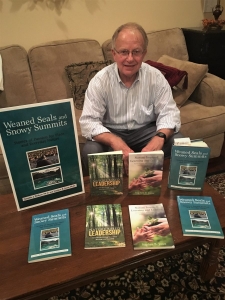 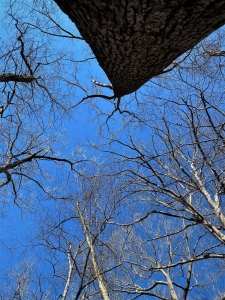 All three of my books (Nature Based Leadership; Nature-Inspired Learning and Leading; Weaned Seals and Snowy Summits) present compilations of personal experiences expressing my (and co-author Dr. Wilhoit for Weaned Seals and Snowy Summits) deep passion for Nature. All three books offer observations and reflections on my relationship to the natural world… and the broader implications for society. Order any and all from your local indie bookstore, or find them on IndieBound or other online sources such as Amazon and LifeRich.

Chapman Mountain Nature Preserve: The Intersection of Human and Natural His...